I’ll Be Back… To the Future!

“In The Terminator, John Connor is the leader of the resistance but he sends Kyle Reese back to save his mom from the terminator, but she has sex with Kyle and conceives him? How is this possible? Since in order for the 1st timeline to exist she would have to have him prior to Kyle’s existence in order for him to be able to send Kyle back.” – Jacob R.

Pretty much every time travel movie or TV series that has ever been released has dealt with time paradoxes in one way or another. Doctor Who did it. Back to the Future did it. And, of course, The Terminator does it.

That’s because paradoxes are what make time travel interesting. Things happen that contradict themselves and leave the audience feeling either very confused or very clever. The paradox that directly relates to your question is something called “the Bootstrap Paradox”, named after the Robert Heinlein short story “By His Bootstraps” . Follow it up with Heinlein’s spiritual sequel “-All You Zombies-” (which has crazier temporal/sexual misadventures. Highly recommended.).

As you’ve laid out in your question, in order for Connor to send Kyle Reese back to save/have sex with his mom, he would have to exist in the timeline before he sent Kyle back. So where did that first original John come from because he hasn’t yet sent Kyle back to conceive him? This is the central conceit of the whole concept of the Bootstrap Paradox. Here’s a slightly simpler example:

Say one day, you decide to build a time machine. 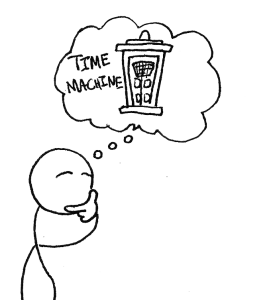 Two minutes later, a version of you from the future comes back in the time machine and gives you the blueprints to build it and then goes back to the future.

You take the blueprints, and after a year or two of following the instructions to the letter, finally build the time machine. 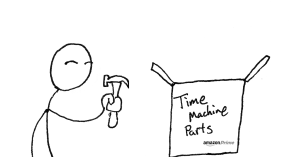 It’s the same one future you came back in. So, you, smart guy that you are, decide to do the logical thing and travel back in time to give your old self the blueprints to the time machine. You do that and come back to the future.

…so where did the blueprints for the time machine originally come from?

However, there are theories about time travel that do allow this to make sense. Time to talk about multi-verse theory. If you’ve ever read a DC comic book or have watched Season 2 of CW’s “The Flash”, you should be familiar with the concept of a multi-verse. Basically the idea is that our universe isn’t the only universe out there, but, rather, it’s one of multiple, maybe infinite universes, each with a slight difference. Maybe in one universe, they wear hats on their feet. Or in another one, they decided AGAINST making Terminator: Genisys. We call that one “The Best Universe”.

But regardless, let’s say in the main universe, John Connor exists and he sends Kyle Reese back to save his mother. Instead of purely going back in time, Kyle goes back in time and across the multiverse to a very closely similar universe (not the hats on feet one).

Meanwhile, in the old universe, the original John Connor keeps existing because he always has and always will. Until he’s turned into a robot or whatever ends up happening in Terminator: Genisys. I didn’t actually watch that one.

Now, if your head is done spinning, I’ll sum up. If Terminator’s time travel is to work without paradoxes, instead of travelling just through TIME, they’re need to travel back through TIME and across UNIVERSES, which eliminates any sort of Bootstrap Paradox. That being said, each subsequent Kyle Reese needs to travel to a slightly different universe to father a slightly different John Connor to keep the chain going.

Ultimately, If you think about it, requiring travel across universes makes sense, since John Connor somehow looks different in every movie.

If you have a ridiculous sci-fi question you’d like me to attempt to answer with real science, please e-mail me at NairForceOne@Gmail.Com, with “[BACK OF THE ENVELOPE]” in your subject line.